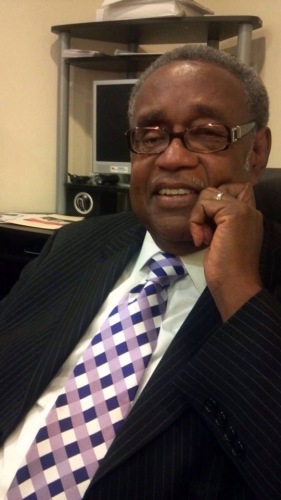 On Wednesday, July 3, 2019 at 6:15pm, Mr. Randy C. Corbin entered into eternal rest at the age of 80 years old. Randy was born on January 23, 1939 in Gould, Arkansas to Ollie and Luberta Corbin. In 1957, Randy attended and graduated from Field High School. He began to hone his leadership skills by serving as the high school basketball coach before moving to Chicago in 1958. Randy married, "the Queen of his life'', Karen Kennedy, September 25, 1962. Together, they raised two sons, Arnell and L. Durand, and two daughters, Claressa and Syreeta. Randy served in the U.S. Army and was honorably discharged in 1964.

Growing up in Gould, AR, Randy recalled times when he would sit on his porch, and watch funeral processionals drive along the road. As a young boy, a seed of entrepreneurship was planted in him, and unbeknownst to him, his legacy would surpass his imaginations. After moving to Chicago, Randy attended Worsham College of Mortuary Science. With over 50 years of success as the owner of Corbin Colonial Funeral Chapel, Randy Corbin became renowned throughout Illinois as a pioneer and pillar in the funeral service profession.

In 1970 he paired with his friend Luther Sparks, an embalmer at A.A. Rayner Funeral Home, and the duo started the Luther Sparks funeral home. Shortly thereafter, Luther suddenly passed away, and Randy became the sole proprietor. He renamed the funeral home to Corbin Colonial Funeral Chapel in 1972, and the rest is history!

Under Randy's leadership, and with the dedication and support of his talented wife and children, Corbin Colonial is flourishing! Multiple parking lots and adjacent buildings were purchased along Madison Street, where Randy was embraced. well-known, and beloved. A flower shop was added, and subsequently, a multipurpose event space and entrepreneurship incubator was formed and became known as "Poppy's Chatroom".

A country-boy from Arkansas became the Mayor of Madison Street!

Randy was a member of the Illinois Funeral Directors Association, a leadership member of Boy Scouts of America, and sponsored local basketball teams and students pursuing their education. He hosted school supply drives and donated volumes of supplies to youth and families throughout the years. He regularly donated to churches throughout Chicago, and helped local pastors launch ministries by allowing them to use Corbin's chapel facility for church services.

The greatest moment in Randy's journey occurred on September 23, 2018. At the side of his praying wife, Randy called upon the name of the Lord at 6:00 a.m., professing Jesus Christ as his Lord and Savior! God preserved Randy during his car crash in 1970, and Randy was finally walking hand-­in-hand with God, calling on Him until his last breath!

On July 2, 2019, Randy spent his last evening on Earth with his family. During this precious time he gave instruction, direction, and expressed his love to his wife, and to each of his children, one-by­-one. Among his words he told them to, "love one another and remember, nothing on Earth is more important than family!" With this closure taking place, the next day, Jesus called Randy by name and led him to eternity.

A year of daily grief support

Our support in your time of need does not end after the funeral services.  Enter your email below to receive a grief support message from us each day for a year.  You can unsubscribe at any time.